The U.S. has the Highest Incarceration Rate in the World

Poverty and lack of opportunity combined with institutionalized discrimination based on race and income within our justice system are the causes. Discriminatory policing, prosecution, and sentencing are well documented, and even the formerly incarcerated must contend with legal discrimination in relation to employment, housing, education, and voting.

Since President Nixon declared a “war on drugs” in 1971 (a campaign that one of his top aides later confessed was meant to criminalize blacks), the state and federal prison population has increased by more than 700% (increases have continued even during periods of declining crime).

This increases do not take into account the 4.7 million individuals who are on probation or parole or the thousands locked up in immigrant detention facilities.

In an effort to both capitalize upon and incentivize the mass incarceration of Americans, the private prison industry has grown dramatically in recent years (the largest, Corrections Corp of America, saw a 600% increase in their stock prices from 2002-2012).

These companies sign contracts with state and local governments which require minimum numbers of prisoners from their clients. 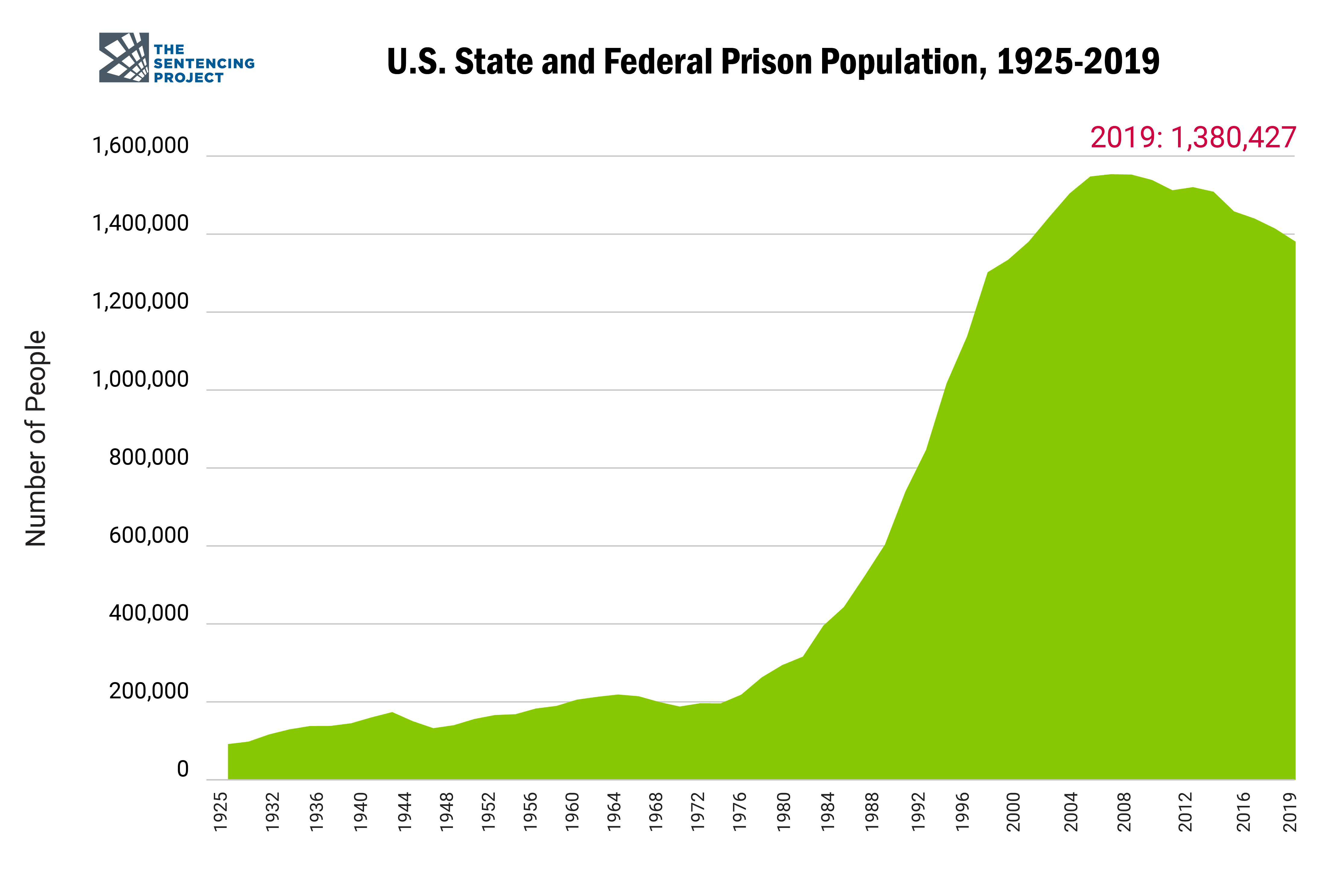 Recommended Reading: The New Jim Crow: Mass Incarceration in the Age of Colorblindness by Michelle Alexander is a must-read book for understanding the issue of mass incarceration and the ways that it systematically dismantles the civil rights of African Americans.

LIVE FREE is focused on local organizing where most of the decisions are made regarding how communities are policed, prosecuted, sentenced, and kept safe. Our LIVE FREE County Scorecards outline the best practices and policies that local communities should be implementing: