Street Certified National is a coalition of formerly incarcerated leaders from across the LIVE FREE national faith based campaign. The need for this space is informed by the understanding that those with justice impacted lived experiences need an exclusive space allocated towards their development, supporting the building of their network, and creating a culture of dignity. The goal of the space is to support a pipeline of development and well being for formerly incarcerated people across the country to pass policies that de-carcerate mass incarceration in America with dignity. 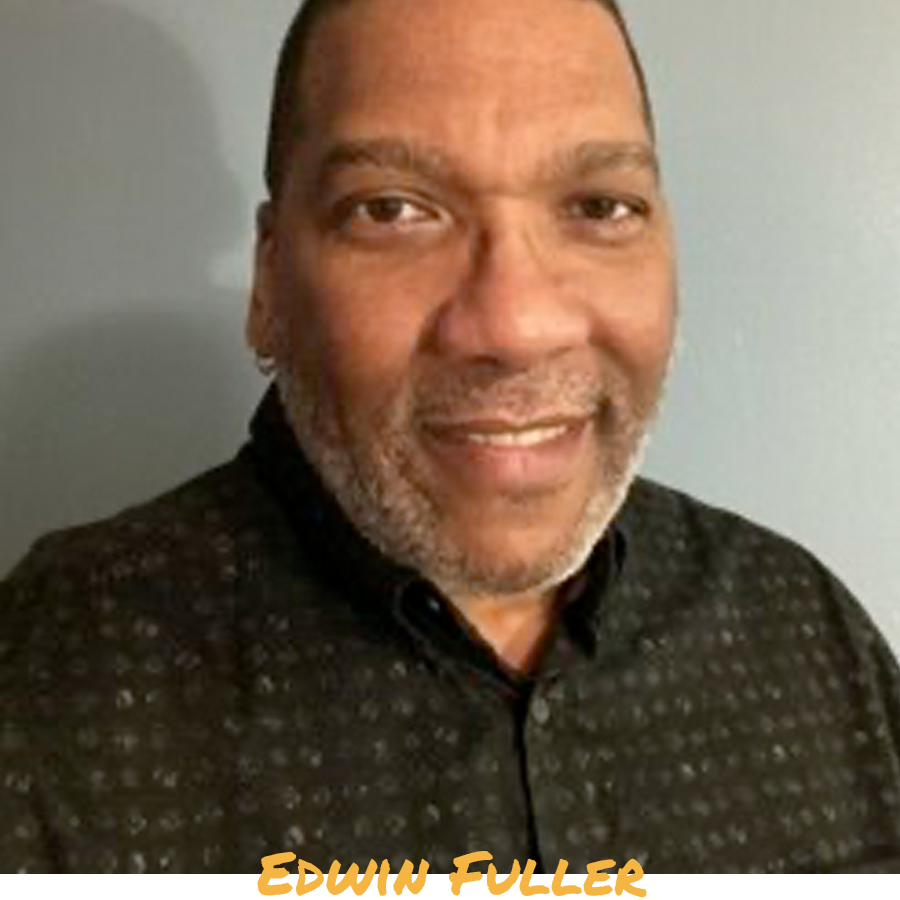 Edwin Fuller is the Criminal Justice Organizer for the Miami Valley area of Ohio. Raised in San Diego, he has made his home in Dayton since 1998. His professional background originated in the information technology industry, and expanded to include grassroots entrepreneurship, support engineering, real estate management, and charity fundraising. 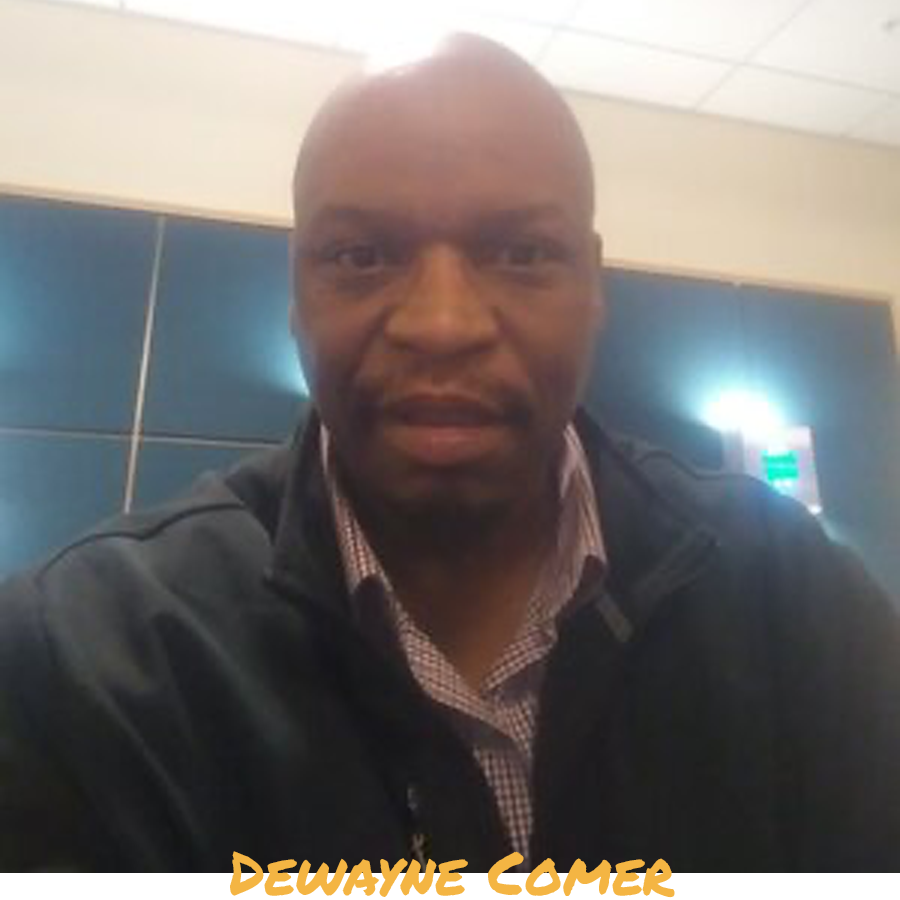 DeWayne Comer is a Syracuse leader who is dedicated to ending mass incarceration. After receiving a life sentence plus 140 years for a non-violent drug offense, he was pardoned by President Barack Obama on December 1, 2016, after serving 21 years and 8 months. DeWayne’s mission involves decarceration and criminal justice reform, as well as ending draconian prison sentences and systematic, structural racism. 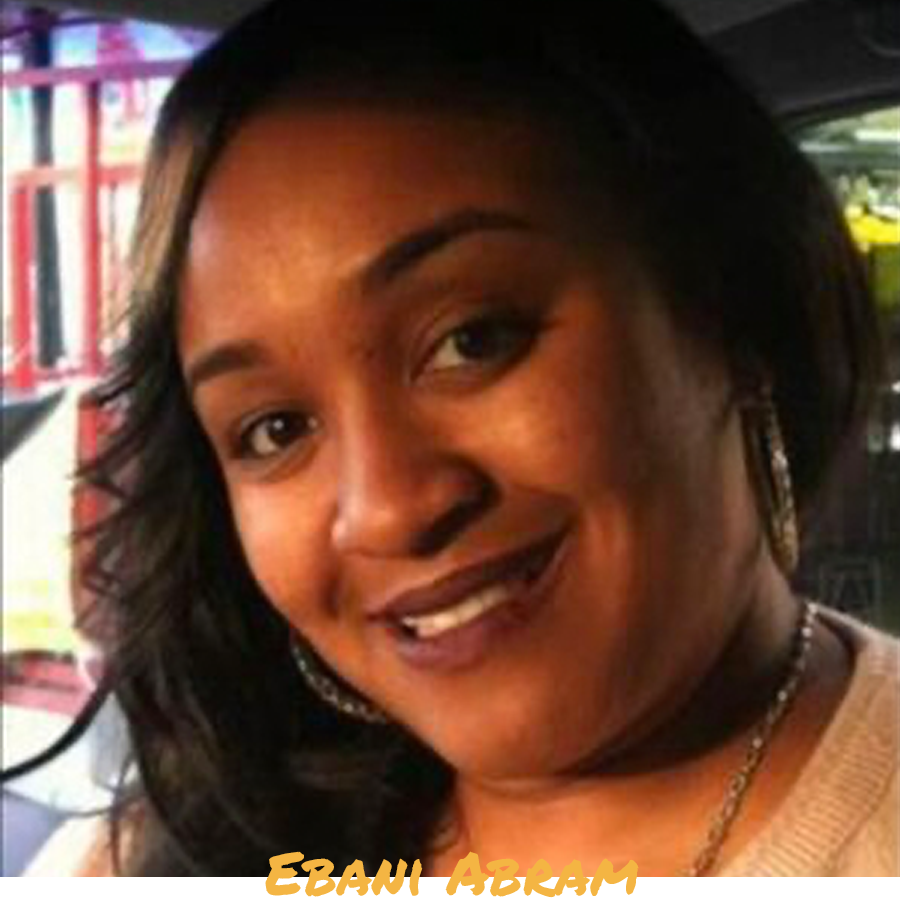 Ebani Abram is a system-survivor activist who feels called to help disrupt and abolish the schools to prison pipeline and mass incarceration. She currently works as an operations assistant at LA Voice, and started there as a phone-banker and member of the Transformative Justice Table. Her work experience includes many years as a paraeducator for LAUSD and as support staff at The Cochran Firm Los Angeles. Through voter outreach, education, and action Ebani believes we can collectively heal our communities and create a healthy, equitable society for everyone. She does not know many families that have not been impacted by mass incarceration or police brutality, and plans to help change that for her grandson Justice & future generations. 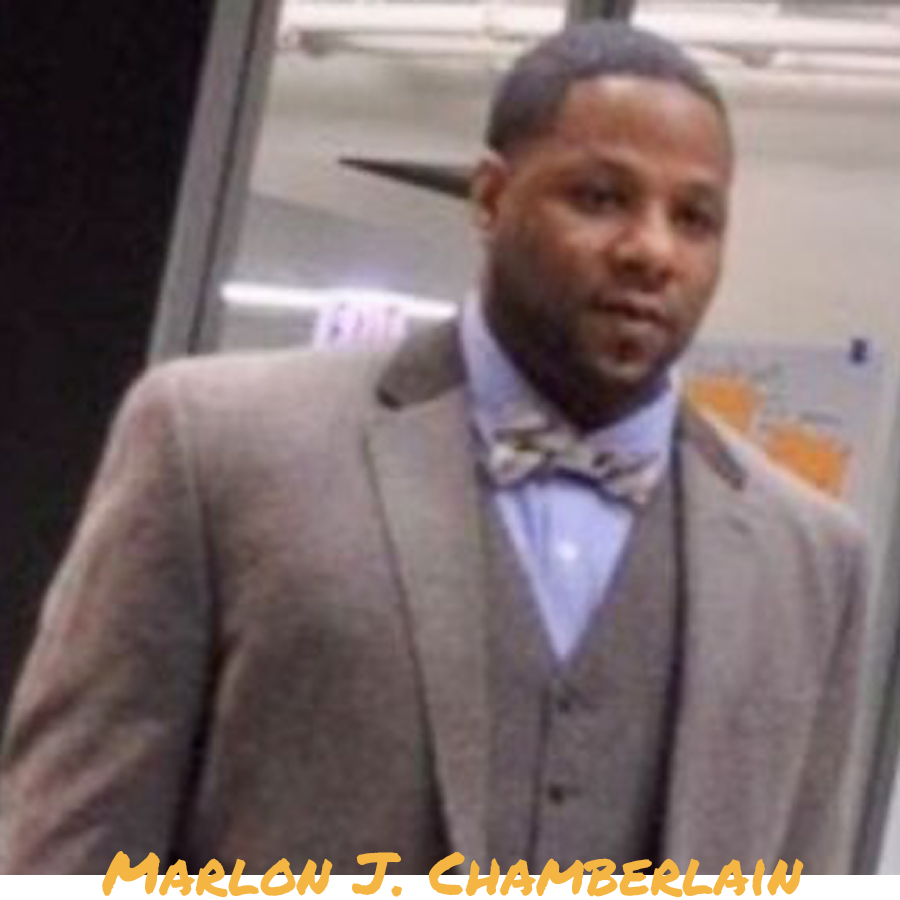 Marlon J. Chamberlain is an advocate for people directly impacted by the justice system. He joined the Safer Foundation in March 2020 as the Project Manager for the Alliance for Reentry. In this role, he is responsible for developing a statewide alliance that advocates on behalf of people with arrest and conviction records. Marlon brings over 20 years of lived and professional experience to his work at Safer Foundation. 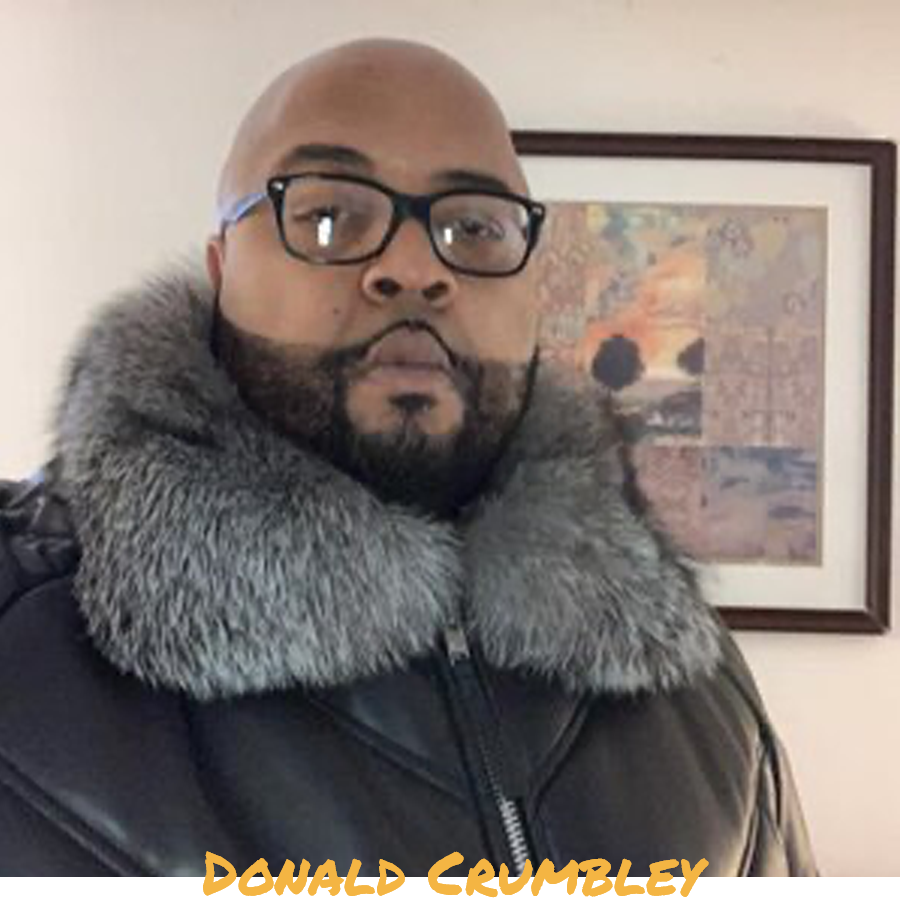 Donald Crumbley was never formerly incarcerated but was taught the importance of Voting at a very young age Donald has had several unpleasant encounters with Law Enforcement and has had countless friends who are or were incarcerated and given sentences that didn’t match the alleged crimes. After witnessing the pain and suffering in his community in Chicago and now seeing the same injustices in Minnesota it is deep in his bones to continue to let his Voice be heard by participating in the voting process Donald has been Voting since the age of 18. 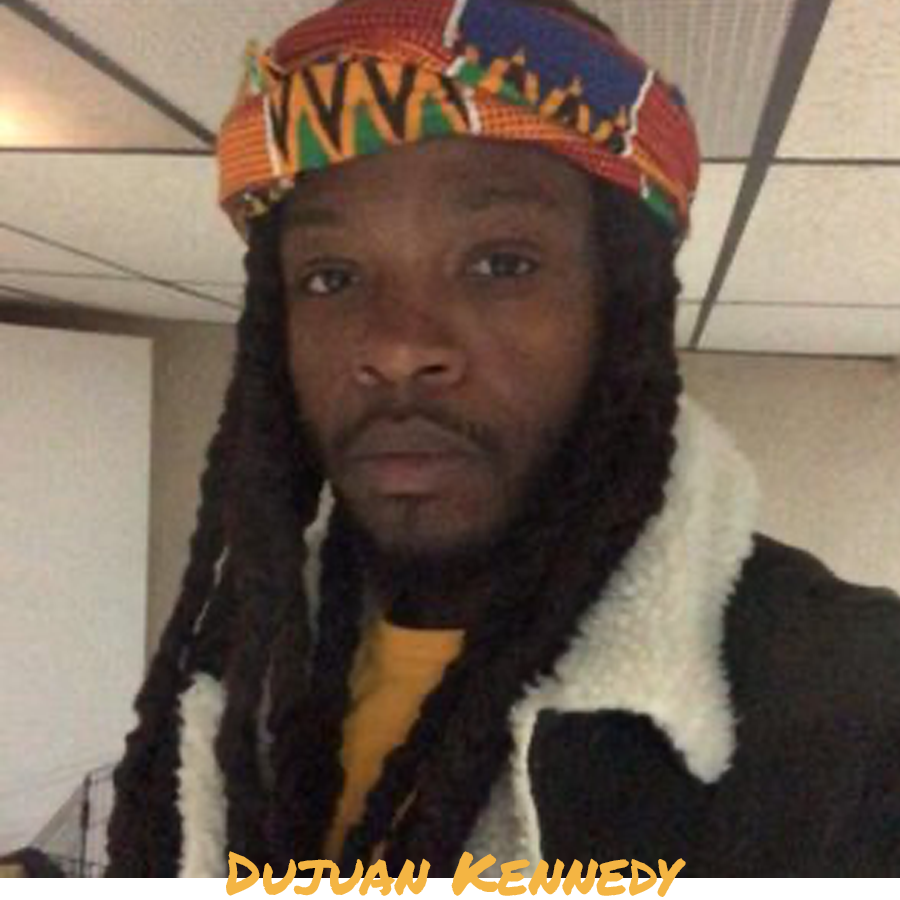 My name is Dujuan Zoe Kennedy born and raised in Detroit, Michigan. I’m a neighborhood visionary! I envision liberation from oppression, truth from falsehood, and real from fake! I’ve had a glimpse of both sides of the vision. I work with others who have been directly impacted and indirectly impacted to directly impact change in the existing structure of oppression towards unorganized communities.

This is done by identifying social, economic and political conditions that oppress and exploit unorganized communities throughout our nation. I believe in collective strategic methods to bring about this necessary change and will work with those who aim to better our communities! 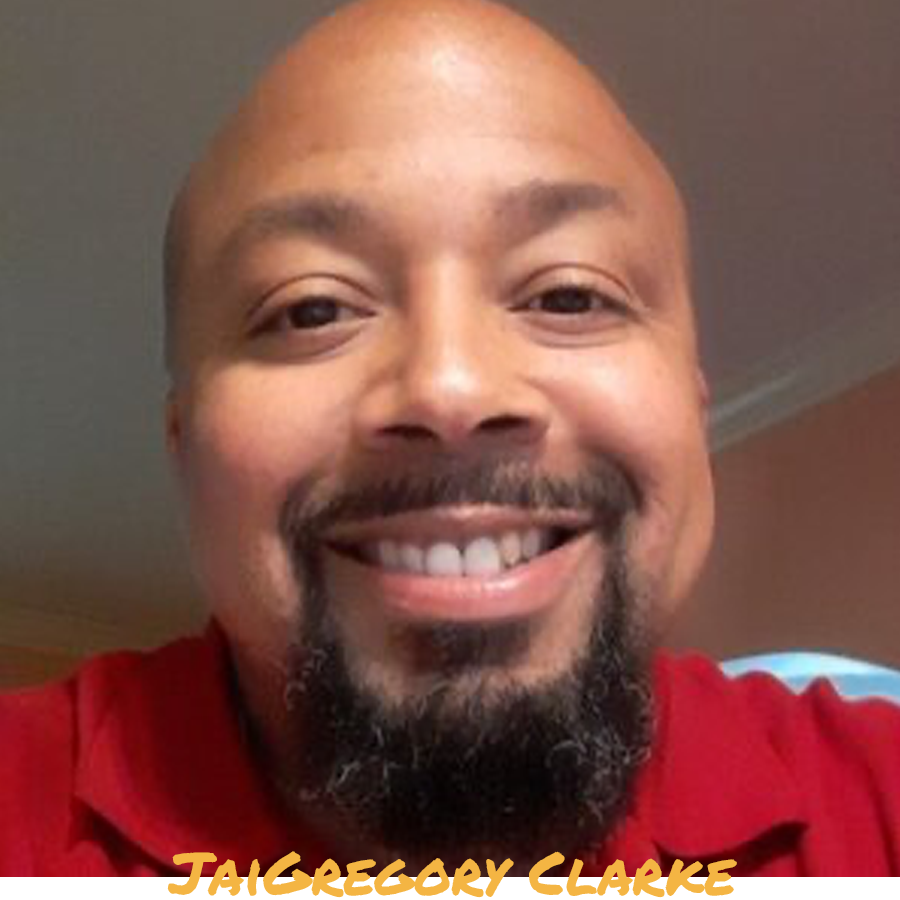 JaiGregory Clarke is a son of Birmingham, AL. While serving five years on a twenty year sentence, he learned the importance of community engagement. Since his release, JaiGregory has walked Birmingham’s most murderous streets as a PeaceMaker, listening to, learning from, and loving his community. He has engaged the families of victims of gun violence, praying with them, helping them gain economic support, and counseling against retaliation. For the last two years, JaiGregory has helped moved legislation through the Alabama Senate which makes it easier for formerly incarcerated individuals to restore their voting rights. Currently, he leads a team of formerly incarcerated who are reaching out across Alabama to restore dignity and citizenship to those who have paid their debt to society. 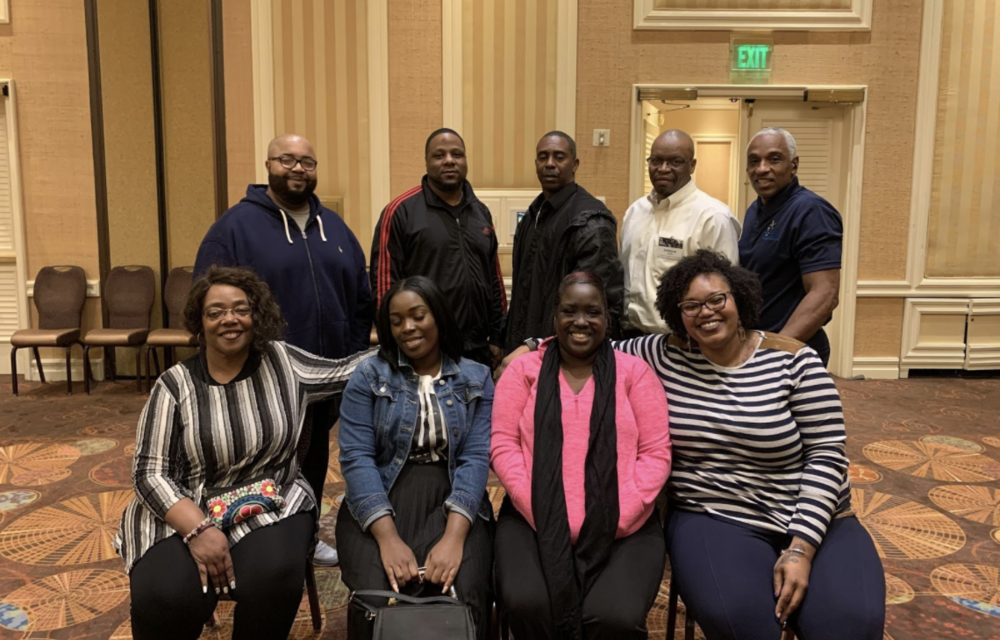 The benefit of joining the national campaign is that by building collective power people are trained in tools that will not just assist themselves to advocate for policies that will benefit their communities; but, also translate into skills that will help to improve conditions in their day-to-day lives. The prayer of this coalition is that formerly incarcerated people who work together will be architects of a world that is of our imagination and not just at our expense. The success of this coalition is determined by formerly incarcerated people seeing tangible, and sustainable improvement in their day to day lives, as well as the incarcerated population across America decreasing significantly with dignity.

You may have noticed the mention of dignity is relied on heavily in these descriptions. This is recognition that progressive spaces often compromise directly impacted people’s humanity at the expense of perceived “wins.” It is explicitly clear to this coalition that we can pass policy and maintain our humanity both at the same time.