A Bipartisan Solution to Gun Violence

A Bipartisan Solution to Gun Violence

The shock, grief, and anger brought on by the recent massacres in Texas, Buffalo, and California have quickly reignited the now all-too-familiar partisan gun debates. Folks on the left demand stronger gun control measures and folks on the right insist that guns are not the problem. Lost in the partisan acrimony, however, is the fact that proven solutions for dramatically reducing gun violence exist right under our noses. These particular solutions do not involve gun laws and they do not involve arming teachers. What they do require, however, is focusing on where the vast majority of the gun violence exists.

As horrific as they are, mass shootings only account for about 3% of gun homicides (with school shootings accounting for just 0.07% in 2021). The reality is that U.S. gun violence is concentrated on an ongoing basis in urban areas where, taken collectively, there are mass shootings every day. Many of these communities are in a constant state of emergency: for the last twenty years, homicide has been the first and second leading cause of death for Black and Latino males, aged 15-34, and the amount of trauma experienced by the victims, family members, and those living in the community can only be compared to what soldiers deal with in war zones.

The only silver lining to this brutal reality is that proven strategies are readily available. Researchers, advocates, and frontline violence intervention experts have long been aware of community violence intervention (CVI) strategies that have effectively reduced shootings in cities all around the country, often by 30-60%. The basic principle underlying these strategies is fairly simple and also grounded in research: even in the most violent cities, it is only a fraction of one percent of the population that is responsible for the vast majority of the shootings.

What this means is that, rather than using sweeping policing tactics like “stop and frisk” which alienate whole communities, effective efforts must use narrowly focused approaches that address the small number of individuals most at risk for shooting (and being shot). These individuals—usually identified through street outreach, hospital emergency rooms, or law enforcement data—are provided with individualized programs of support (such as cognitive behavioral therapy, trauma healing services, mentoring, job training and placement, and emergency housing support) to help them transition into a nonviolent lifestyle.

From a policy perspective, these strategies check most of the boxes on both sides of the political aisle. Those on the right typically complain that gun control measures seek to punish law-abiding gun owners based on the actions of a few, that mental health issues—rather than the guns themselves—are what drive most shootings, and that police should be better supported and empowered to get criminals off the streets. The good news for them is that community violence intervention strategies are very narrowly targeted to a tiny fraction of individuals at most risk for shooting, typically include robust mental health supports for these individuals, and can dramatically reduce the strain on police who are charged with investigating violent crime.

Those on the left typically complain that current policing practices are overly aggressive and discriminatory toward people of color, that communities of color need and deserve equitable investments in education, housing, healthcare, and economic development, and that easy access to firearms is a match that lights the fuse of violence in inner cities. The good news for them is that community violence intervention provides alternatives to traditional policing, provides targeted investments in some of the poorest and most vulnerable members of society, and though it doesn’t address accessibility of firearms, has a more targeted and immediate impact on the safety of Black, Latino, and Native American communities than most gun laws being proposed. 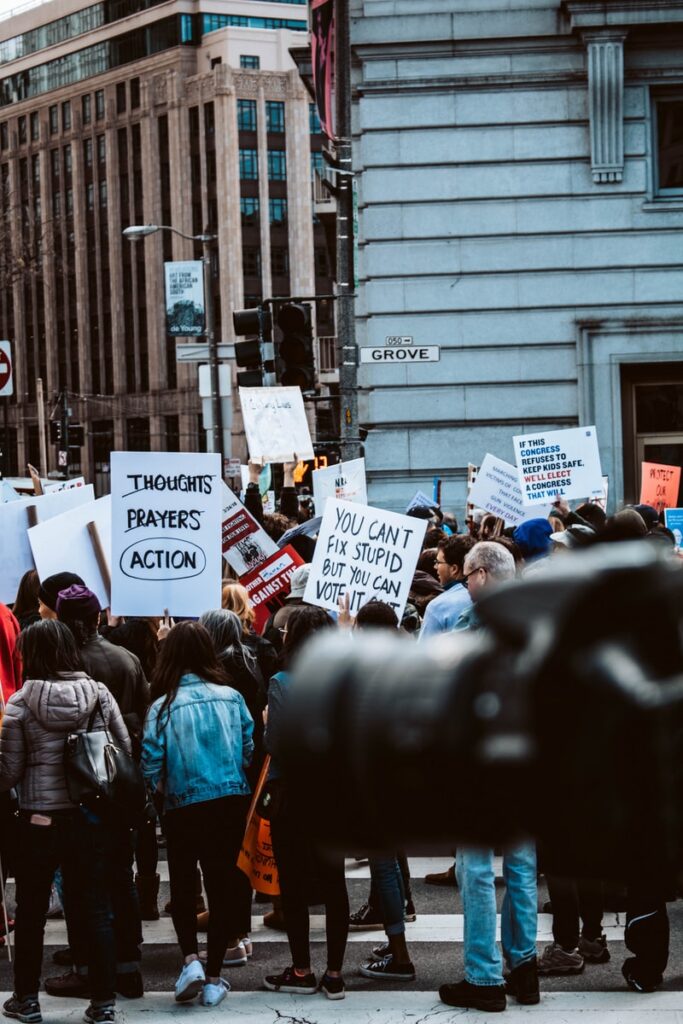 To put a fine point on the bipartisan potential of this approach, polling conducted in 2021 demonstrated broad support across all demographics for government investments in these types of strategies (including a majority of Republicans and two thirds of gun owners). While these strategies have demonstrated impressive success in cities throughout the country, they have almost always been implemented on a limited scale and for limited amounts of time. The “Break the Cycle of Violence Act” in Congress would provide the first-ever large-scale federal investment in these strategies by committing $5 billion over 8 years to scale up this lifesaving work.

For moderate Democrats and Republican members of Congress, it is worth noting that this investment is a tiny fraction of the Build Back Better bill that some considered unaffordable, would constitute a strong and decisive action to dramatically reduce gun violence in our country, and demonstrate a commitment to poor communities of color—all without crossing swords with the NRA. It is the definition of a political win-win.

At the same time, state and local governments should be making their own investments in these strategies. Recent research on the cost of violence demonstrates that even a single nonfatal shooting can cost taxpayers over $1 million in court, hospital, incarceration, and other costs and researchers have calculated savings of between $18 to $123 dollars in taxpayer savings for every dollar spent on community violence intervention.

It is clear that in this political climate there are precious few areas in which warring parties can agree; however, just as bipartisan majorities passed a robust infrastructure bill last year and then passed robust investments in defense of Ukraine in recent weeks, there is a golden opportunity here to help bring some peace to our own ailing nation.